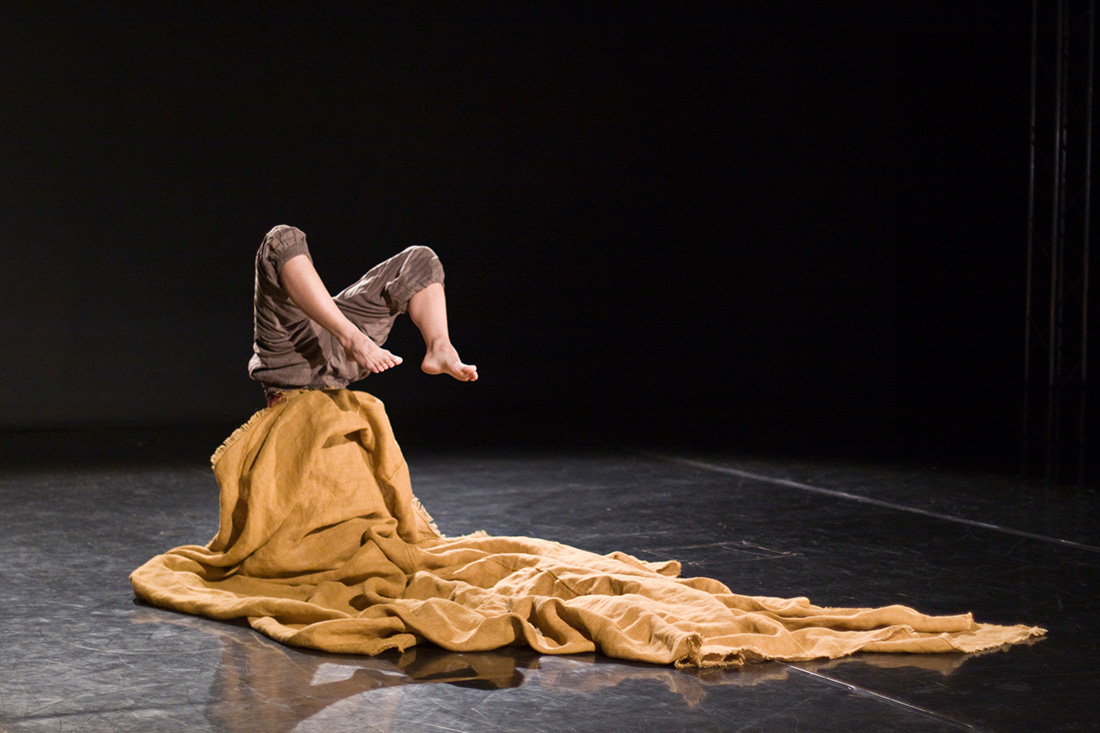 TARANNÀ was premiered at Mostra In Situ in Arts de Santa Mònica in Barcelona during  the Exhibition Arts of Movement /Dance at Catalonia (1966-2012) in Novembre 2012.

Created in several phases during 2012-2014 TARANNÀ has been presented in January 2016 at Mercat de les Flors redirecting the process and adapting it for young audience inside Dan Dan Dansa program.

TARANNÀ departs from the use of object, associated with the theatre of objects. Researching the relation to the object, how it influences the movement and how it transforms the space and gives new ways of generating material revealing by its implication and suggesting new images and landscapes.

“Tarannà is a fresh and intuitive piece that seizes you by its efficiency and wide range in movement” by J. Bordas (El Punt Avui)

TARANNÀ is a solo work around the concept of “transformation” through the object, space and body. The yellowish jute fabric resembles the silk cocoon which holds one of the most dramatic moments of metamorphosis. A drastic and subtle process that leads from one state to another and it is throughout this process of reorganization that culminates in the formation of the imago. Like in a game, Tarannà is a sequence of images that invites you to follow the thread of magic and to let go the imagination.